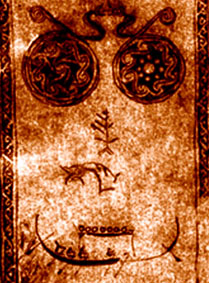 Midgard is the realm where humans live, the Earth. It was created when the god Odin and his brothers Vili and Ve slayed the giant Ymir. In Norse mythology, the world was seen as a gigantic tree, called the World Tree or Yggdrasil, around which existed nine realms, each at a different level. The roots supported the tree and its branches shaded the world.

The roots of the tree reached down into the underworld. On the surface, Midgard is surrounded by a giant serpent. Bifrost is a huge bridge connecting Midgard to Asgard, the home of the gods.