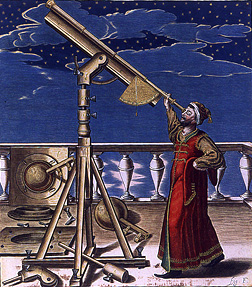 People have been wondering about what they see in the sky for a long time. Because of our curiosity about the sky, we tell stories and myths about what we see there. The desire to explain what we see around us in the simplest way using science has driven astronomers for centuries.

Telescopes allow us to "see" further away. With them, we can study stars and galaxies, as well as many of the more mysterious objects in our Universe.