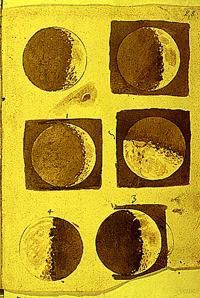 The study of planets, stars, galaxies, and intergalactic and interstellar space falls under the field of astronomy. Thousands of years ago, the earliest civilizations observed the heavens.

Because astronomers of the past set the foundation for today's astronomy, it is an interesting journey to take a look through the history of astronomy. How did they figure out how big around the Earth is? Who was the first astronomer to recognize galaxies outside our own? What must've it been like to look through Galileo's first telescope to see the craters on the Moon? Were people stunned when Halley correctly predicted the return of a comet?

Archeoastronomy is different than looking at the history of astronomy. It sets to find out just how astronomy fit into a certain culture's life.

Were women ever allowed or encouraged to be astronomers in ancient times? Did the builders of Stonehenge incorporate into its structure an eclipse prediction system? How did the Mayan calculate the length of a year with such accuracy without a computer?