Myths about Saturn and its Moons

Saturn is one of the five planets known since ancient times, and no one knows who first observed it. The planet was named after the Roman god, Saturn, the god of agriculture and the harvest. He is frequently shown holding a sickle in his left hand and wheat in his right hand. In Roman mythology, his mother was Terra (Gaea) and his father was Caelus (Uranus). There are also interesting myths about Saturn's Moons, including Pan, the Greek god protector of shepherds, sheep, and goats. 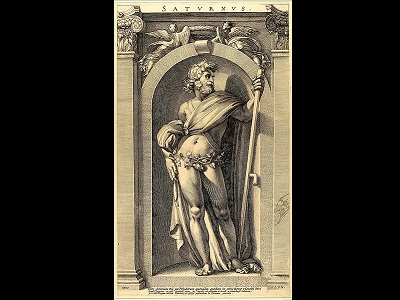 Explore Myths about Saturn and its Moons

In Greek mythology, Cronus was the son of Uranus and Gaea. He lead his brothers and sisters, ...Read more

In Hindu mythology, Sani was identified with the planet Saturn. Sani's parents were the Sun ...Read more

Ancient Romans Atlas was the leader of the giant Titans who fought a war against the gods. ...Read more

Pan is the Greek god protector of shepherds, sheep, and goats. According to an account of his ...Read more

Explore Myths about other nearby planets

For the ancient Greeks, the constellation Cygnus, which means "swan", was related to the myth ...Read more

In Roman mythology, Jupiter was the king of heaven and Earth and of all the Olympian gods. ...Read more

Uranus, which was discovered by William Herschel in 1781, was unknown in ancient times. Astronomers ...Read more

Did you know that greenhouse gases are increasing rapidly in the Earth's atmosphere?

Do you know what this word or phrase means?
Turbidites
xTurbidites : Turbidites are sea-bottom deposits formed by massive slope failures where rivers have deposited large deltas.

Geologists have learned that a magnitude-8.1 earthquake and tsunami that killed 192 people on September 29, 2009 in Samoa, American Samoa and Tonga was in fact a triple-whammy. The 8.1 "great earthquake"...Read more