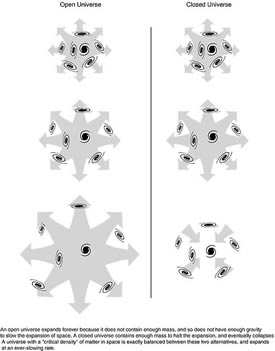 What will be the fate of the Universe? Will it last forever or will it end? That question has been in our thoughts since humanity first began to think. We may still be far from answering the question, but we are at least able to predict certain possiblities. In our current model of the Universe there are 2 possible futures.