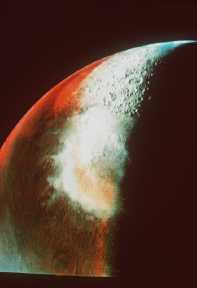 These theories leave some questions unanswered. How do we verify which of these ideas is correct? Further exploration of Mars would help clarify the answers. For example, digging at low areas to find the thickness of ice deposits.

What are the implications of these theories for the possibility of life on Mars? We know there is water below the surface of Mars, and we also know that life survives in deep water systems.