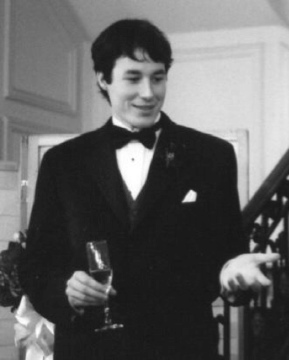 Ken Mankoff is a computer scientist who develops climate models at the Columbia University / NASA Goddard Institute for Space Studies. His current project is converting a global climate model into something that anyone can use on their home computer. The EdGCM project has wrapped a research-quality model in a graphical interface so anyone, anywhere, can re-create the climate studies you hear about in the news today. In the past he has worked on various projects for NASA and the European Space Agency studying the Sun, Mars, and Earth. He has experience with robotics, operating spacecraft, performing mission planning, and scientific visualization.

He has been personally trained by Al Gore to re-present his slides from the movie An Inconvenient Truth to help spread the word about global warming.

He will spend October, November, and December 2007 in Antarctica as part of the ANDRILL project.

Dear everyone, I am settling in to life at McMurdo Station as we wait for the first core samples to be brought to Crary Lab from the drill site, which is about 25 km to the NW of McMurdo Station. While...more