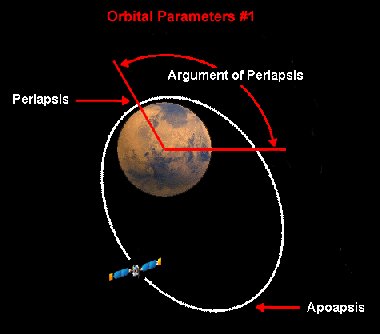 When the Mars Global Surveyor first went into orbit around around Mars, its orbit was elliptical. That means the orbit (shown by the white line in the picture) was shaped like an oval or an egg.

But then the Surveyor went through a series of aerobraking steps to make the orbit more like a circle!