Do different parts of the body demonstrate different degrees of two-point discrimination? 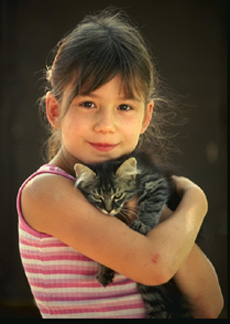 You bet! But maybe we'd better explain what this means. . . Two-point discrimination is a term used to describe our ability to discriminate (detect) touch from two different points, or sources, versus one point. For example, pinch a very tiny fold of s kin from your wrist between the fingernails of your thumb and index finger. Pinch just hard enough to leave two very light fingernail marks, but not so hard that you break the skin or hurt yourself! The two marks indicate that the sensation came from tw o different places on your skin even though you only felt one pinch.

To determine which parts of the body have the greatest degree of two-point discrimination, try this experiment at home with a friend or parent. Slice a potato in half and insert 1 toothpick. Use a marker to make dots at varying distances from the tooth pick (1/8 cm, 1/4 cm, 1/2 cm, 1 cm, 2 cm). Insert a second toothpick into one of the dots making sure that the tips of the toothpicks are level with each other. With one person blindfolded, have the other person touch the blindfolded person with the too thpicks on various parts of the body making sure that the toothpicks touch simultaneously. Try touching the forearm, back of arm, back of neck, cheek, lip, palm of hand, earlobe, fingertips, etc. . . (To avoid any possible injury, DO NOT touch on or nea r the eyes!) Try varying the distance of the toothpicks between touches and occassionally touch with only 1 toothpick so that the blindfolded partner doesn't know what to expect. Ask the blindfolded partner after each touch whether they felt 1 or 2 toot hpicks.

Parts of the body with the highest densities of touch receptors will have the greatest degree of two-point discrimination. Places such as the fingertips and lips will be able to sense 2 toothpicks even when they're very close together.