Three examples of marine life in the Antarctic: Seals and krill live in the Southern Ocean. Penguins live on the Antarctic continent and rely on the ocean for food.
Click on image for full size
Upper/middle photos courtesy of Uwe Kils and lower photo courtesy of Stan Shebs

The chilly waters of the Southern Ocean are home to a diverse collection of marine life including eight whale species, six seal species, many fish species, and Antarctic krill, a small shrimp-like animal that is a key food for other species in the Southern Ocean.

There are 17 species of penguins in Antarctica. Penguins are part of the marine food web even though they live on land because they are completely dependant on the ocean for food. Other bird species depend on the Southern Ocean for food too such as the black-browed albatross and the Antarctic petrel.

Life in the Polar Regions: Animals, Plants, and Others in Extreme Environments

All sorts of living things call Earths polar regions home  from tiny lichens encrusting the rocky landscapes of the Arctic tundra to huge blue whales swimming through the frigid waters of the Southern...more 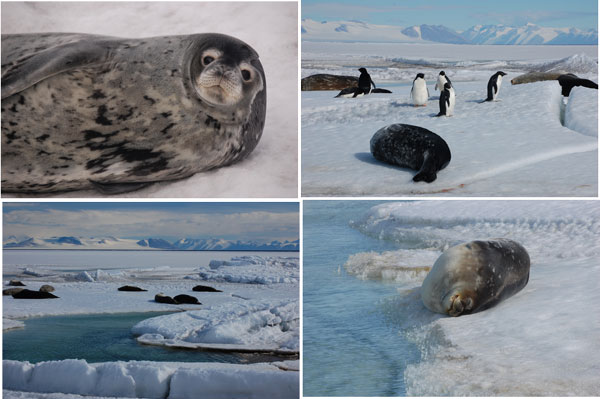 Life On the Ice Beach

Penguins are not the only animals that use Cape Royds for a temporary home. These Weddel seals use the ice as a resting place far away from the open ocean and their main predator, Killer Whales. The sea...more 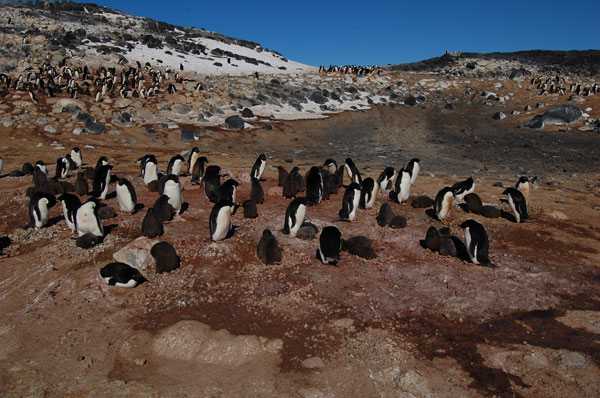 They Grow Up So Fast.

Compare this picture with the ones from Dec 2 and Jan 5! You can no longer distinguish nesting sites, or whose chick is whose. This sub colony has turned into a large mass of chicks huddled in crèches...more