As magma cools slowly, elements within it become chemically bonded forming crystals of minerals. However, not all minerals form at the same time during the cooling process. Some minerals crystallize when magma is at a higher temperature, while others only crystallize when magma is at a lower temperature. Bowen's Reaction Series describes when the eight most common silicate minerals form during the cooling process.

Rocks that form from magma or lava cooled from high temperatures tend to contain a lot of iron and magnesium but little silica. These rocks are called mafic and tend to be dominated by dark colored minerals such as amphibole and pyroxene.

When magma cools slowly, minerals that form at cooler temperatures dominate the resulting rock. These rocks are called felsic and tend to be light colored with minerals such as feldspar and quartz. 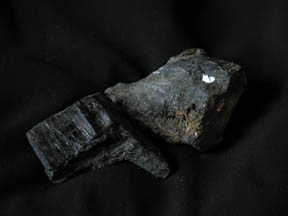 There are several different minerals within the amphibole group, but the most common type is hornblende. You can find small crystals of hornblende in many types of igneous rocks. They often look like little...more 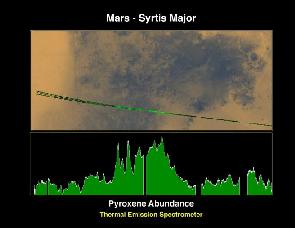