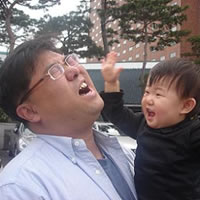 I am currently working on the determination of the chemical composition of atmospheric particulate matter by Aerosol Mass Spectrometry (Fire Lab at Missoula Experiments and near roadway air pollution at Las Vegas) as a post-doc researcher at Colorado State University. I am also interested in studying particle and fog/cloud interactions and method development and instrumentation for continuous measurements.

When not working, I enjoy many diverse interests such as travel, tennis, and watching movies with my family.