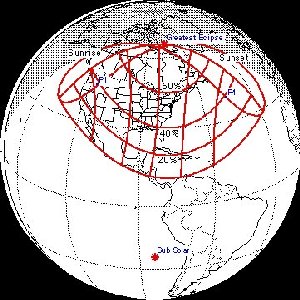 The other eclipse is the first eclipse of the new millennium. It will be on January 9, 2001. You can see this lunar eclipse if you live in Europe, Africa and Asia.

However you celebrate this holiday season, we at Windows to the Universe wish you all Happy Holidays and Happy Eclipse Viewing!