Photographs of the Cairns of Clava

This is a view from behind the ring of standing stones. 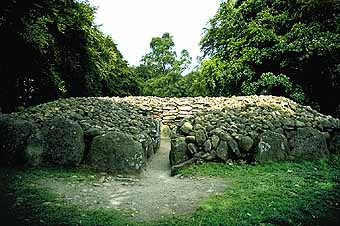 This shows how the cairn has been uncovered, so you can walk into the middle of the chamber. 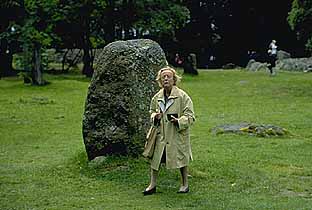 This is a English woman posing in front of one of the standing stones.

These are photographs of the Cairns of Clava.
Photographs courtesy of