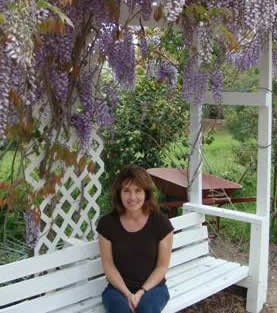 You can find me flying on the C-130 aircraft during VOCALS at all hours of the day and night! I will be catching droplets from clouds off the coast of Chile and seeing what's inside them. It's not just watercloud droplets form on small particles in the atmosphere. These particles are the result of both natural processes, like salt from the breaking waves over the ocean, and human activity, like driving in your car. We're trying to learn which of these particles form cloud droplets and ice in the atmosphere, and how that affects cloud cover, rain and snow, and global climate change.

I got into this business because I was good at science and wanted to be an astronaut. For that, I needed a graduate degree as well as some flying experience! So I went to the University of Washington, where they had a research aircraft and I could do both. In my first research project, I was sampling stratus clouds of the coast of California. Now I am sampling them off the coast of Chile. In the meantime, I've been on thirty different projects flying all over the world including Australia, Bahrain, Costa Rica, and India. Not exactly an astronaut (NASA said my vision wasn't good enough), but this life is almost as interesting and probably more rewarding.

For ten years, I was a scientist for the National Center for Atmospheric Research in Colorado, and now I've landed back in the Pacific Northwest at Oregon State University. My husband and I grow grapes for wine, and when not traveling I enjoy horseback riding, gardening, and collecting antique books.