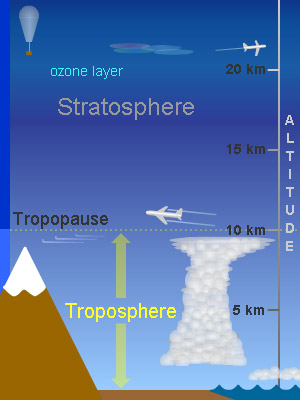 Air also gets 'thinner' as you go higher up. That's why mountain climbers sometimes need bottled oxygen to breathe.

Have you ever heard of ozone? That's a word that shows up in the news a lot! Do you know what ozone is and why it is important in the Earth's atmosphere? Ozone is made of three oxygen atoms (O3). You've...more