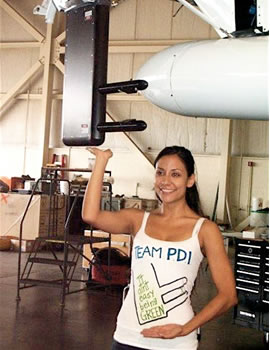 Would you like to be involved in a field campaign? There are many interesting things to do, and teamwork is very important! The scientists' observations will help to improve models that describe processes in the atmosphere and predict future climate. The scientists have many different roles as they use tools and instruments on ships, on aircraft, and on the land.

Before the field campaign begins, various teams of experts come together to design, organize, and prepare for their mission. The scientists share their expertise with each other. They also have the support of many other skilled people, such as computer programmers, aircraft pilots, ship navigators, machinists, engineers, and travel logistics planners.

During the campaign every second counts, because mistakes can cost lots of money and risk lives. Therefore, each day during the VOCALS campaign the lead scientist will be in very close touch with all teams. Their activities must occur in a highly efficient, coordinated, and safe manner.

The links below will introduce you to some of these people, their interests, and careers. Perhaps they will interest you in becoming an atmospheric or climate scientist some day!