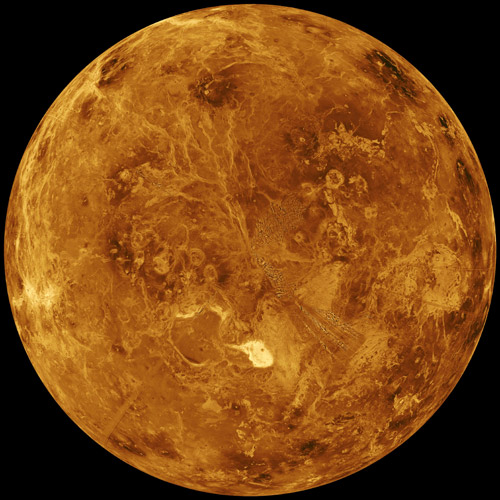 This picture shows the northern hemisphere of Venus. It was made using radar. It shows how the surface of Venus might look if we could see through the thick atmosphere. The North Pole is at the center of the picture. The bright area below the center is Maxwell Montes, the highest mountain chain on Venus. This picture was made using radar data from the Magellan spacecraft. We know the surface of Venus looks orange from pictures taken by the Soviet Venera probes. Those probes landed on Venus in the 1970s and 1980s.
Image courtesy of NASA/JPL.