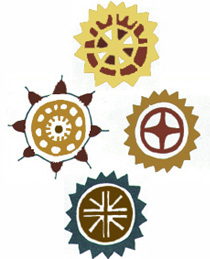 The sky and the heavens impacted every part of the life of the Chumash. Like the Pawnee, the Chumash of California also had a ranking for those objects they saw in the sky. It is important to keep in mind that these objects were also supernatural gods to the Chumash. The ranking is: The Chumash believed in supernatural gods and they believed that humans could influence those gods. The most important time of the year for the Chumash was right before the winter solstice. They believed that this was the time when the Sun might not choose to come back to the Earth. The Chumash took this very seriously because they knew they needed the Sun. So, they took it upon themselves to influence the Sun to come back. The Chumash people held times of prayer and dancing that would last for several days. They observed the Sun by putting sun sticks and poles in the ground. This watchfulness was meant to pull the Sun back to Earth.

In their time, the Chumash were fairly advanced in astronomy. They named an enormous number of stars. They kept astronomical records on tally cords and notched sticks. Sun shrines and observatories exist all over California. It is thought that the Chumash might have used these to observe the solstices. Finally, they painted beautiful rock art of astronomical happenings. These ancient people show an intellect and creativity that we don't often credit them with.