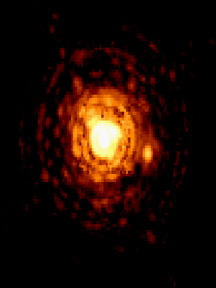 Gliese 623b - One of the Smallest Stars in the Galaxy