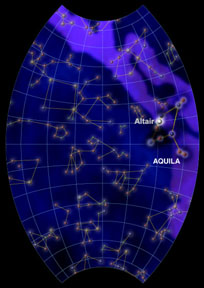 Altair is rotating so rapidly that it is 14% larger at the equator than it is at the pole.
Click on image for full size
Courtesy NASA/JPL-Caltech