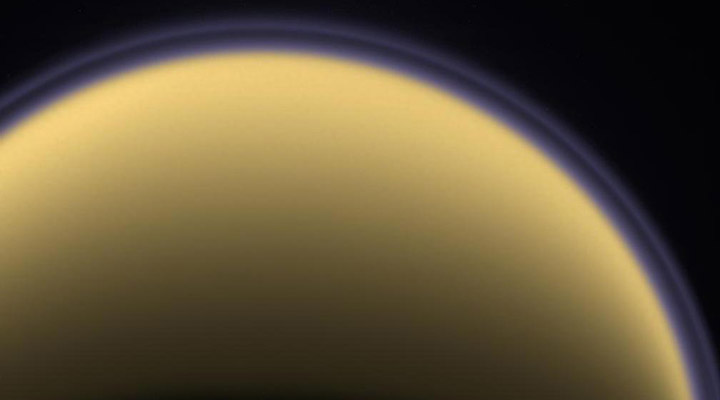 This image of Titan's atmosphere was captured by NASA's Cassini spacecraft on July 3, 2004. The orange color of Titan is shown roughly as our eyes would see it. A layer of haze, composed of complex organic molecules, is shown in purple in this image. The false-color representation of the haze layer, which hovers a few hundred km above the moon's surface, indicates that it was imaged in ultraviolet "light".
Image courtesy NASA/JPL/Space Science Institute.