The areas around the North and South Poles of planets, moons, and even the Sun are often interesting and unusual places. We have discovered all sorts of unique behavior at these locations, while on some planets, the characteristics of the poles are similar to those of Earth. On some planets and moons, we still don't have observations from their poles so can only make educated guesses of what we expect to find there based on our scientific understanding of the celestial body. The links below provide an overview of what we know about the polar regions of many of the major bodies in the solar system. An important concept related to the poles of the planets is the amount of tilt of a planet's rotational axis relative to the plane of the ecliptic - the orbital plane in which the planets orbit the Sun. Planets with a large tilt have stronger seasonal behavior than planets without a tilt. 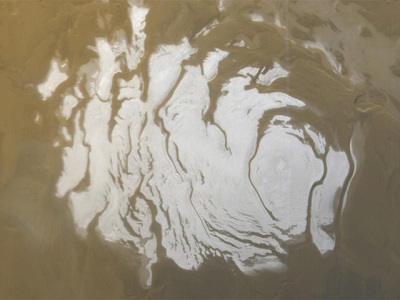 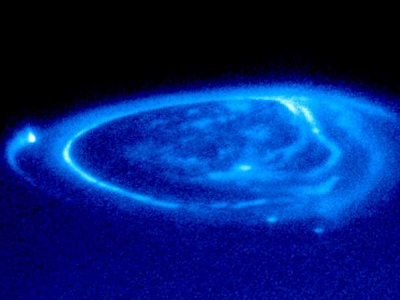 Earth has a North Pole, a South Pole, and an equator. The Sun does too! Some things are different ...Read more

Most planets are tilted. Their North and South Poles are not straight up and down. Earth is ...Read more

Venus is the hottest planet in our Solar System. On Earth, places near the equator are hot. ...Read more

The North and South Poles on Mars are a lot like the polar regions on Earth. They are the coldest ...Read more

The Poles of Jupiter and Its Moons

Jupiter has interesting poles. The poles of some of its large moons are interesting too. Io ...Read more

There's a lot of strange stuff going on at both the North and South Poles of Saturn. Two of ...Read more

Uranus is the tilted planet. The axis through its North and South Poles is tilted by 98°. In ...Read more

The Poles of the Dwarf Planets

As of June 2009 there are officially five dwarf planets. They are Pluto, Ceres, Eris, Haumea ...Read more

More about Poles in Space

Did you know that there may be 200 or so dwarf planets in the solar system, out to the Kuiper Belt?

Do you want to build your own custom comet?