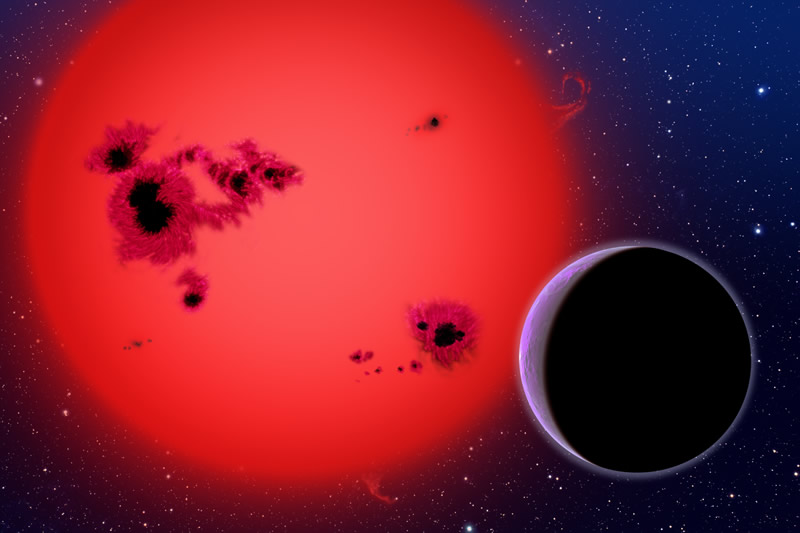 Artist's conception of the super-Earth discovered orbiting GJ1214, a dim red dwarf star located 40 light-years away. GJ1214b was found by the MEarth project, which uses off-the-shelf amateur technology to spot transiting exoplanets. GJ1214b is about 2.7 times the size of Earth and weighs 6.5 times as much. Models suggest it is made of about three-fourths water and one-fourth rock. Observations suggest that it also has a substantial hydrogen/helium atmosphere.
Image Courtesy of David Aguilar, Harvard-Smithsonian CfA