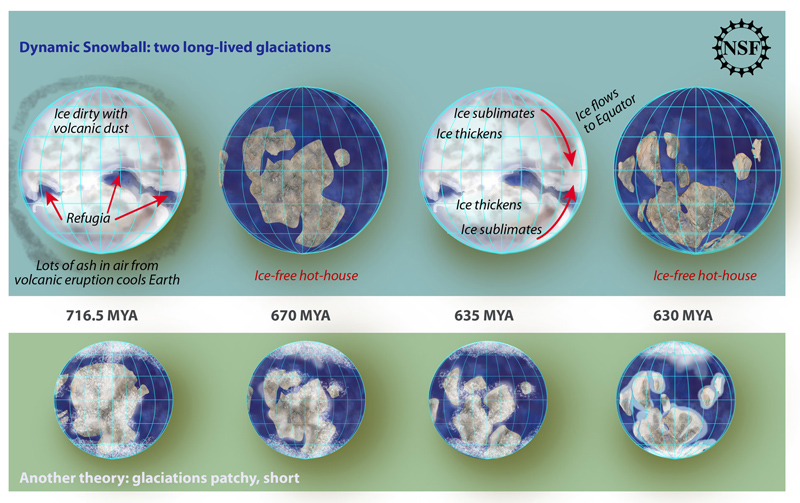 Two ideas exist on the progression of glaciation on Earth from 716.5 to 630 million years ago. Current evidence suggests the top version: a dynamic snowball Earth in which at least two long-lived glaciations happened during which communication between the ocean and the atmosphere was cut off. In this scenario, as CO2 built up, a hot-house effect ensued resulting in an ice-free planet at 670 and 630 million years ago.
Credit: Zina Deretsky, National Science Foundation