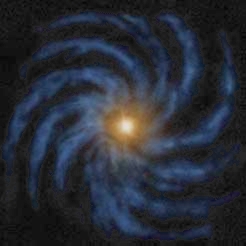 Mayans seem to have thought of the Milky Way as the mystic road along which souls walk into the underworld. Crossing the Milky Way at the constellation Scorpio is the ecliptic, the apparent path of the sun, moon, and planets as they move against the background of stars.

The ecliptic was depicted as a two-headed sky-serpent with its body marked with astronomical signs. Mayans tracked their creation stories in relation to the movement of the stars across the heavens.

They believed that the point at which the Milky way appeared as a vertical band in the night sky represented both the growth of the maize stalk and the moment of creation.