The MILAGRO researchers will use six different aircraft during the field campaign. Each plane will have different instrumentation onboard that will help scientists measure atmospheric conditions. They'll base the aircraft operations in the city of Veracruz, a 45-minute flight east of Mexico City on the Gulf coast. This allows them to keep from getting tangled in Mexico City's heavy commercial air traffic. (To avoid conflicts, they'll also be coordinating their flight paths with an air traffic controller on the ground.) In addition, by taking off at sea level rather than in the higher, thinner air near Mexico City (elevation 7,400 feet/2,255 meters), the planes will be able to carry more weight and fuel and thereby remain in the air longer.

One challenge for the researchers during the flights could be locating the plume of pollution that blows out of Mexico City. The plume usually spreads northeast due to prevailing winds from the southwest; however, it can blow south during Nortes, winds that come from the north. The researchers expect the plume to be reasonably well-defined in either case, but it can be more difficult to pin down when it is several days old and has drifted out over the Gulf of Mexico.

the NSF/NCAR C-130, which will sample Mexico City's pollution plume, as well as the air directly above the city, with a wide range of instruments. 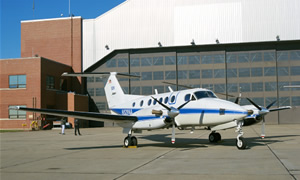 the DOE/NASA King Air, which will use a lidar (laser-based radar) to make aerosol profile measurements.

NASA DC-8, which will focus on taking gas, aerosol, and radiation measurements in the city's pollution outflow. p

The US Forest Service Twin Otter, led by scientists from the University of Montana who will focus on sampling smoke plumes from agricultural and forest fires that are common in Central America during late winter.p p

Ground-based instrumentation will also be used during the MILAGRO campaign as a supplement to air-based measurements.

Researchers will set up instruments on the ground during MILAGRO to make observations and measurements about the air around Mexico City that can't be made from aircraft. Here are a few examples of the...more 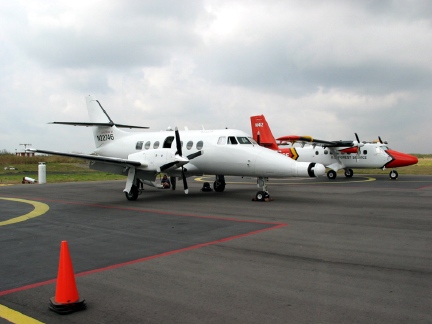 The plane in the foreground is a Jetstream 31 (J31). It is flown under contract to the National Aeronautics and Space Administration (NASA). It is one of a number of planes specially outfitted to make...more Live from the Veracruz Operations Center!

Click here to see the movie Ever wonder what an international scientific mission looks like? This short movie starts with a pan of the daily briefing held in the Operations Center, a large, windowless,...more

The MILAGRO researchers will use six different aircraft during the field campaign. Each plane will have different instrumentation onboard that will help scientists measure atmospheric conditions. They'll...more