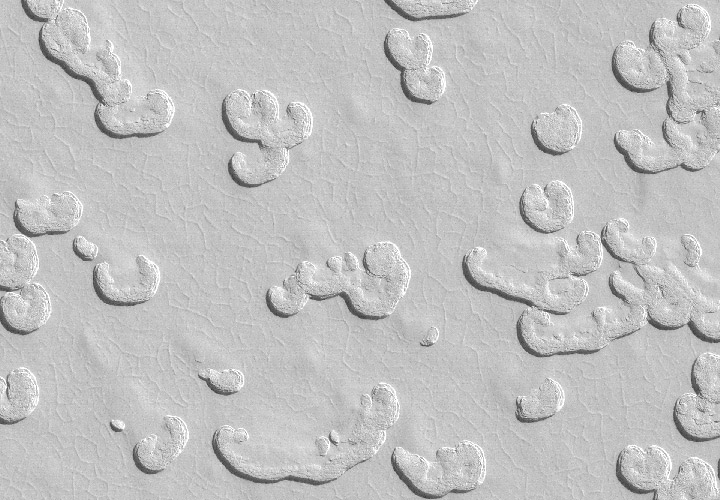 Spacecraft in orbit around Mars have taken pictures of many odd, and often beautiful, features and patterns. Many of these are on land near the poles of Mars and on the Martian polar ice caps. As the seasons change on Mars, dry ice (frozen carbon dioxide) in the polar caps freezes and sublimates. This cycle of changes creates the pitted terrain shown in this picture. These shallow pits are about 200 to 500 meters across, but just a few meters deep. The changing seasons on Mars also make weird fingerprint terrain, polygon patterns, swiss-cheese terrain, and strange spider web patterns. The North Pole of Mars is surrounded by a huge field of sand dunes. Dunes near both poles have odd patterns each Martian year as they lose their winter ice. Layers of ice and dust, laid down year after year, have built up layered terrain near both poles.
Image courtesy of NASA/JPL/Malin Space Science Systems.