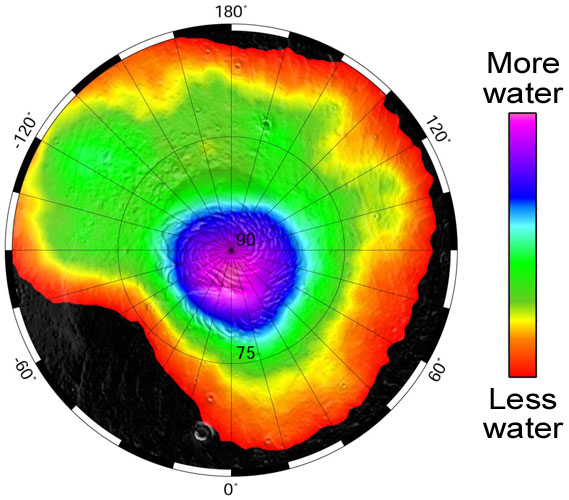 Mars is a pretty cold planet. Like Earth, Mars has a large ice cap at each of its poles. This picture shows water ice around the North Pole on Mars (Mars is so cold that it has dry ice made from carbon dioxide in some places, too!). The purple and blue areas near the middle of the map show where the polar ice cap is. Some places around the North Pole have smaller amounts of ice buried under a few inches of soil. Those places are shown in green. The red and yellow areas don't have very much ice at all. The Mars Odyssey Orbiter spacecraft collected the data that was used to make this map in 2002.
Image courtesy of NASA/JPL/UA.