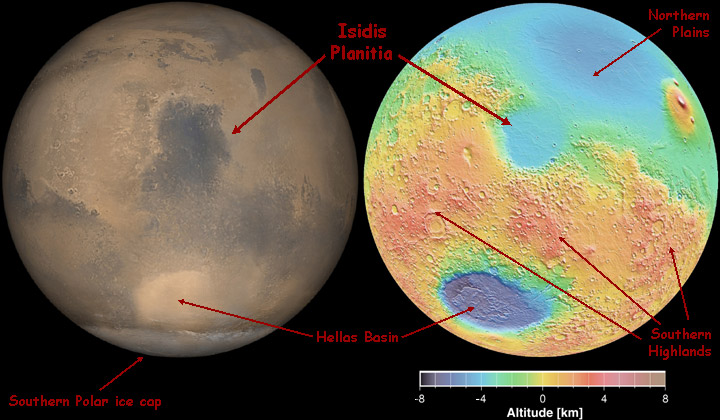 This image shows the location of Isidis Planitia and several other features on a globe of Mars. The globe on the left is roughly how the Eastern Hemisphere of Mars would look to your naked eye. The right-hand globe is an "elevation map" of Mars. Red and orange indicate highlands and green and blue indicate lower elevations. The two globes don't quite match; you would need to turn the elevation map globe slightly to the right to have the same viewpoint as shown in the other globe.
NASA/JPL/Malin Space Science Systems and the Mars Orbiter Laser Altimeter (MOLA) Team at NASA's Goddard Space Flight Center