Is it true that positrons run down the time, and electrons run up the time? 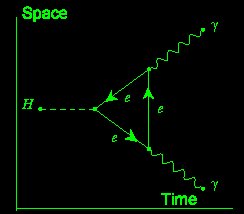 The short answer is no they don't. The idea that positrons go one way in time and electrons go the other way comes from a comment made by Richard Feynman. He said that a positron going forward in time looks like an electron going backward in time.

Feynman diagrams are diagrams used by particle physicists to help them determine particle interactions.  The graphic on this page is an example of one.  In them, one can draw what looks like a particle going backward in time, but this does not mean that it actually does!  No one has ever observed particles travelling backward in time.

Think of a china cup sitting on a table. The cup has a certain amount of entropy.  If the cup falls off the table and crashes on the floor and breaks into little bits, the amount of entropy has increased.  The direction of time is said to be the direction of increasing entropy because we would never see a broken cup jumping up off the floor and reassembling itself on the table.  But, at the individual particle level there is no entropy and therefore no specific direction to time.  (So maybe positrons really are electrons going backward in time???)