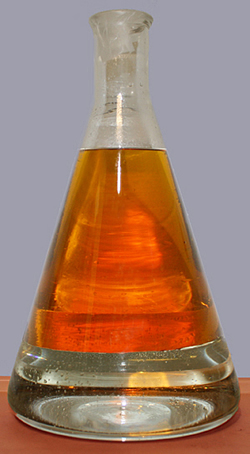 Engineers have figured out a way to converted sugar from agricultural waste and non-food plants into gasoline. Sugars and carbohydrates can be processed like petroleum into many different products used by the fuel, pharmaceutical and chemical industries.

This happens through a process called aqueous phase reforming. In this process, a solution of sugar and carbohydrates passes over a series of catalysts (materials that speed up reactions), and the molecules then form into many of the chemicals that are found in petroleum.

This type of green gasoline is generating interest because it can be made from plants grown in poor soils, like switchgrass, or from agricultural waste.

Engineers need more time to make this process ready for general use. But it is an important development. Biofuels can add to solar and wind power in reducing the need for nonrenewable resources like petroleum.