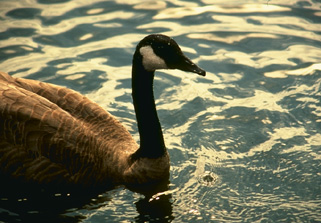 Stories of 'ordinary' people who make 'extraordinary' discoveries are exciting! Here's a story for you-

An inspiration of Phillip McCrory of Alabama may bring about new recovery techniques for oil spills. McCrory was watching tv news about 1989's oil spill in Alaska. "I saw an otter being rescued whose fur was saturated with oil," said McCrory. "I thought, if animal fur can trap and hold spilled oil, why can't human hair?" You see, McCrory is a hairdresser in Alabama.

McCrory starting experimenting at home. Using his son's wading pool and a pair of his wife's panty hose stuffed with human hair, he went to work creating (nd cleaning up!) his own mini oil spill. The human hair really did soak up the oil!

After a lot more research McCrory realized, "I'd found a commercial use for what's really a waste product. Tons of human hair are cut every day and tossed into landfills."

McCrory went to NASA and NASA agreed to test his technique. So far, NASA has found McCrory's method to be quick and cheap.