"We're preparing to go as early as the 9th, but those discussions are ongoing," said Joel Wells, a spokesman at Kennedy Space Center.

The problem occurred in one of the shuttle's Master Events Controllers. These controllers have important tools called avionics boxes, which tell the shuttle's computer to release the booster rockets and fuel tank. During a final health check of the shuttle, one of these boxes failed. NASA has a firm rule not to launch if something may be wrong with a controller. The avionics box will be replaced immediately. 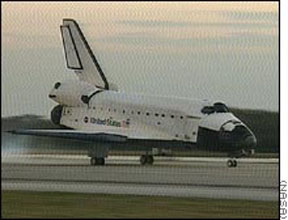