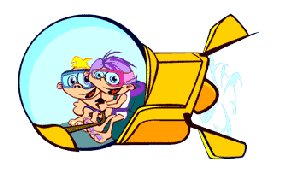 It's that time of year again. Not only is the first day of summer approaching, but so is the beginning of Summer CyberSurfari! CyberSurfari is a wonderful site that awards prizes for answering riddles and questions about your favorite websites. You get points by finding the answer on the website.

CyberSurfari is free to all players of all ages. Even the entire family can play together! The contest begins June 21, 2000, so sign up today. Click on the link below to start your search!