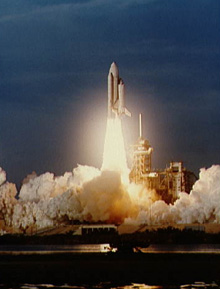 The seven astronauts aboard are going to spend 16 days in space studying the effects of microgravity on humans and animals. Twenty-six different experiments are planned to research the nervous system and behavior in space. The scientists hope to expand our knowledge of the mechanisms responsible for neurological and behavioral changes in space.