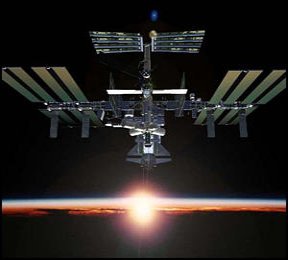 After several delays, the Space Shuttle Atlantis is finally read to launch on April 24, 2000, from Kennedy Space Center. The crew, led by Commander James Halsell, will spend the weekend making final preparations for the journey.

The mission is to visit the International Space Station and drop off supplies while making some simple upgrades. NASA scheduled this mission because Russia is experiencing some delays in launching the service module.

"Everything is going very well out at the launch pad,'' KSC spokesman Joel Wells said. "We're ready to proceed toward launch.''

This will be the second shuttle mission this year. Astronauts haven't visited the ISS since last June.