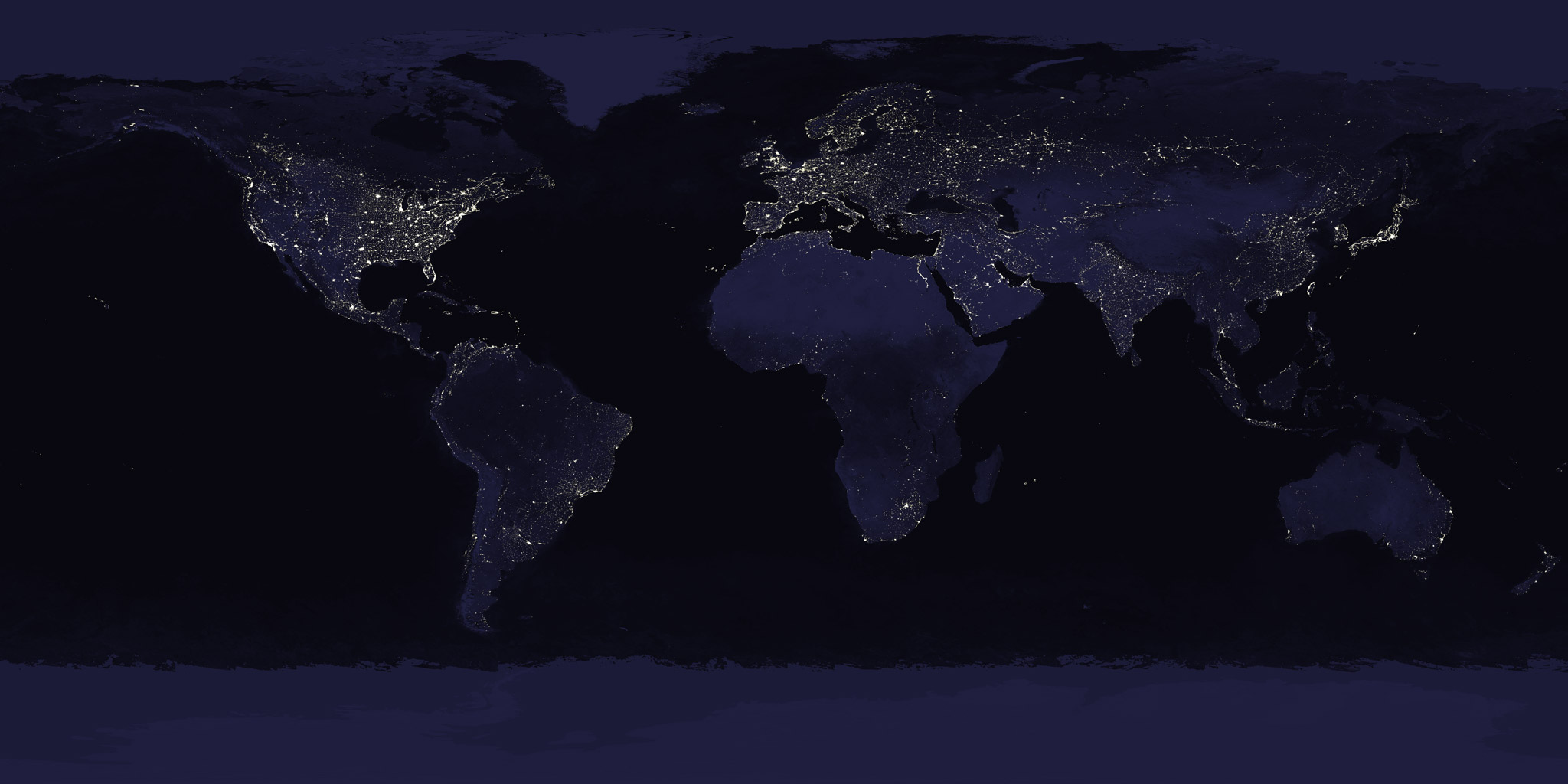 This image of Earths city lights was created with data from the Defense Meteorological Satellite Program (DMSP) Operational Linescan System (OLS). Originally designed to view clouds by moonlight, the OLS is also used to map the locations of permanent lights on the Earths surface.

The brightest areas of the Earth are the most urbanized, but not necessarily the most populated. (Compare western Europe with China and India.) Cities tend to grow along coastlines and transportation networks. Even without the underlying map, the outlines of many continents would still be visible. The United States interstate highway system appears as a lattice connecting the brighter dots of city centers. In Russia, the Trans-Siberian railroad is a thin line stretching from Moscow through the center of Asia to Vladivostok. The Nile River, from the Aswan Dam to the Mediterranean Sea, is another bright thread through an otherwise dark region.

Even more than 100 years after the invention of the electric light, some regions remain thinly populated and unlit. Antarctica is entirely dark. The interior jungles of Africa and South America are mostly dark, but lights are beginning to appear there. Deserts in Africa, Arabia, Australia, Mongolia, and the United States are poorly lit as well (except along the coast), along with the boreal forests of Canada and Russia, and the great mountains of the Himalaya.
Image courtesy of the Defense Meteorological Satellite Program