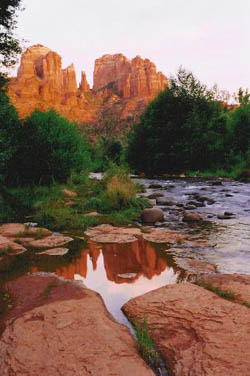 Clastic sedimentary rocks are made up of little pieces of other rocks called sediment. Mineral crystals called cement hold the sediment together.

There are many different types of clastic sedimentary rocks. To figure out which type of rock you have, you will need to figure out the answers to these three questions:

You will probably need to use a magnifying glass to see the little sediment grains.

Making a clastic sedimentary rock is a four-step process.