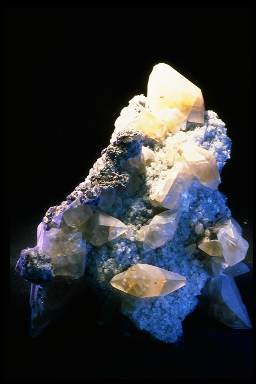 Friedrich Mohs was a German geologist who studied minerals (a mineralogist!). He lived from 1773 to 1839.

He moved to Austria in 1801 where he found a job identifying minerals in a collection owned by a wealthy banker. He used physical characteristics of the crystals to decide what they were. One of the characteristics he used to identify minerals was hardness.

Perhaps the wealthy Austrian banker would not have been happy if he had known Friedrich was scratching the minerals in his collection, but geologists around the world appreciate Mohs. Geologists still rely on Friedrich's scale today! We call it Mohs Hardness Scale.