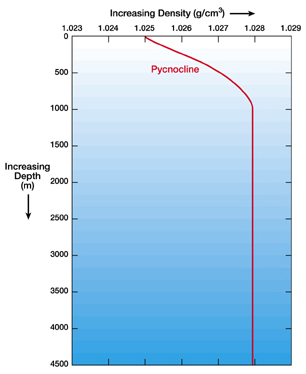 The density of pure water is 1000 kg/m3. Ocean water is more dense because it has salt in it. Density of ocean water is about 1027 kg/m3 at the top of the ocean.

Less dense water floats on top of more dense water. So, if you were to head to the bottom of the ocean in a submarine, the water would get more and more dense as you went!