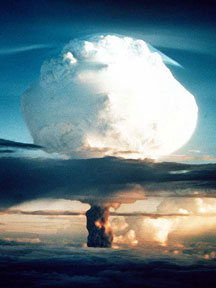 Radiation is Dangerous to Humans

Radiation is Dangerous to Living Creatures