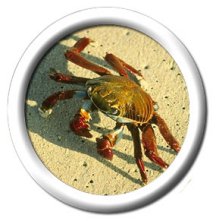 Crabs are in the Crustacean phylum, which means they have hard exoskeletons that protect the soft body underneath. They also have sharp claws for battling predators and grabbing prey. There are many species of crabs, and they come in all shapes and sizes. Most crabs live in coral or rocky reefs, but others prefer the sandy shores. Crabs are usually not fussy eaters, but they prefer small invertebrates and plankton.

One class of crabs is called Hermit Crab. These special little animals live inside shells, which they pull along on their backs. In case of a threat, they can crawl inside for protection. The Thin-clawed Hermit Crab is about 7 inches long, and has bright blue eyes with an orange body. It looks more like an alien than a crab!

Others, like the Smooth Shore Crab, are only a few inches long. They don't have a shell with them, so spotting one in the day time is almost impossible. The Smooth Shore Crab is rather plain, but some have very unusual designs. The Mottled Shore Crab has a yellow-brown shell, with bright white grooves. This little crab is less than a half-inch long, but it still looks scary! 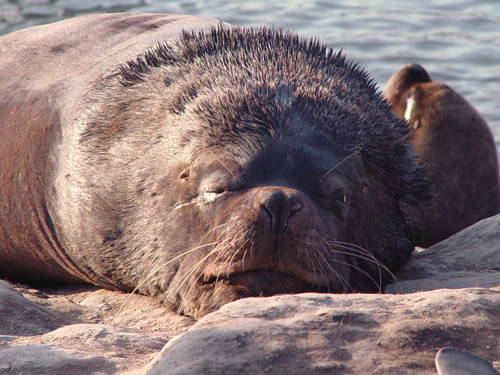 Close encounter with a sea lion

Hola again, On Sunday afternoon we took a stroll through town and ended up near the local harbor. Barking dogs, strange noises and a significant stench of old fish lead us to a group of humongous sea lions...more 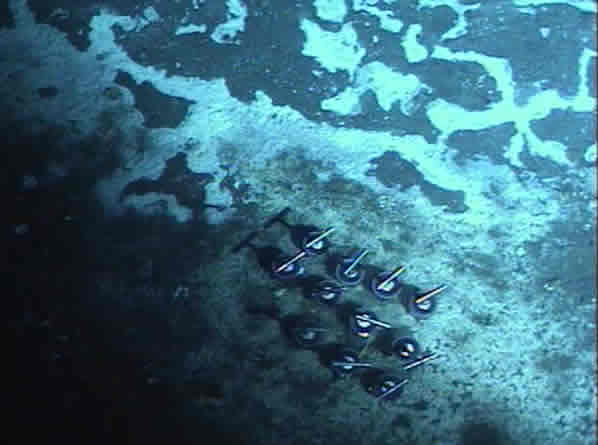