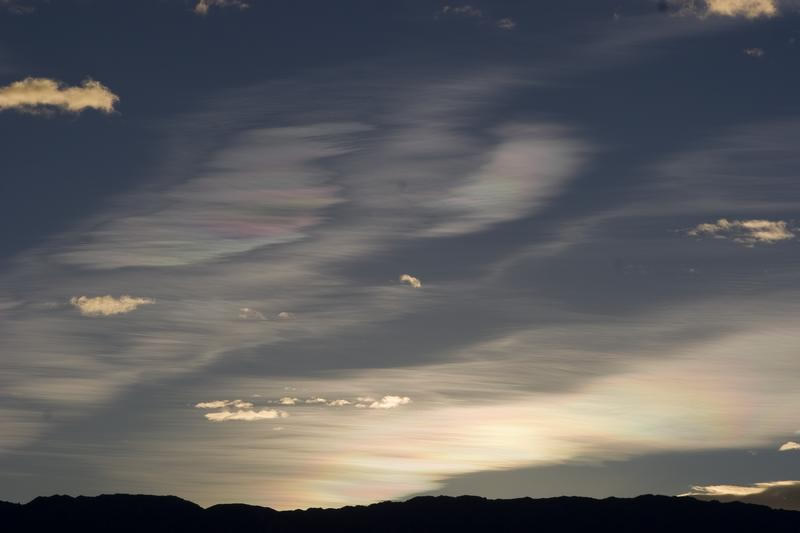 Patches of cloud occasionally develop iridescent (colored) borders. When sunlight or moonlight is diffracted as it passes through a cloud that contains water droplets or small ice crystals, faintly colored luminous rings of light known as coronas are formed. Iridescent borders of a cloud represent small portions of unusually large coronas. The color, which depends on the size of the droplets, ranges from bluish-white to brownish-red.
Image Courtesy of University Corporation for Atmospheric Research