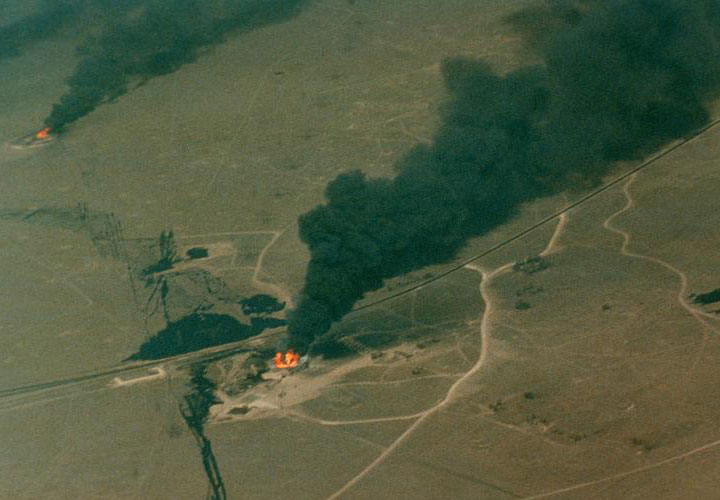 Tiny soot particles given off in the smoke from fires can be lofted high into the atmosphere. These soot, or "black carbon", particles influence Earth's climate. They absorb incoming sunlight high in the atmosphere, heating the atmosphere while also cooling Earth's surface beneath because of the decrease in solar energy that reaches the planet's surface. The soot particles can also serve as cloud condensation nuclei - the "seeds" around which water droplets in clouds condense - and in so doing further influence climate by fostering the formation of clouds that would not otherwise develop. Such soot comes from both natural sources, such as wildfires, and from human-generated sources, such as coal-fired power plants or internal combustion engines in cars and trucks. In this case, the smoke is from oil well fires in Kuwait in the wake of the 1991 war in the Persian Gulf.
Image courtesy of the University Corporation for Atmospheric Research.