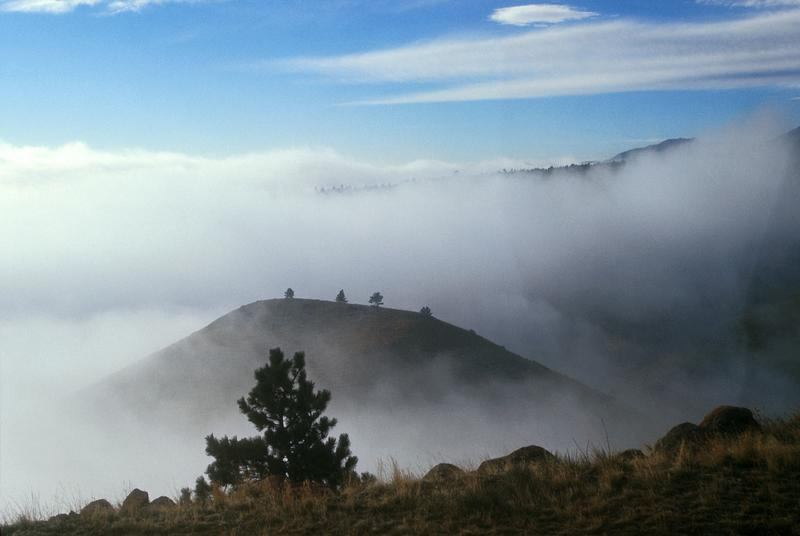 Fog that forms in valleys and lowlands is known as radiation or ground fog and may leave the valleys fogged in all day, while the tops of the hills are clear. It often occurs on clear nights when a layer of cool, moist air is covered by a layer of drier air. The ground cools rapidly, since little of the heat radiating from its surface is absorbed by the moist air. As the ground cools, so does the air above it, which becomes saturated, allowing fog to form. The cold, heavy air that collects in valley bottoms makes them especially susceptible to fogs in late fall and winter.
Image courtesy of UCAR