This photograph of stratus clouds was taken in San Giamano, Tuscany, Italy.
Click on image for full size
Courtesy of Sara Martin

Back to Cloud Types

Stratus (weather symbol - St) clouds consist of water droplets and belong to the Low Cloud (surface-2000m up) group. They are uniform gray in color and can cover most or all of the sky. Stratus clouds can look like a fog that doesn't reach the ground.

Light mist or drizzle is sometimes associated with stratus clouds.

The low cloud group consists of Stratus, Stratocumulus, and Nimbostratus clouds. Low clouds consist of water droplets. The base of a low cloud is from the surface to 2000m....more 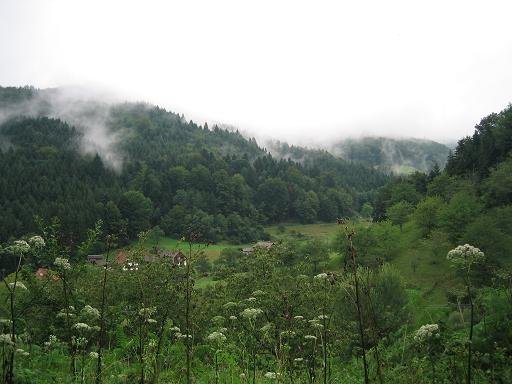 It has been raining steadily for 4 days. There is so much moisture that clouds form down in the trees. I had heard of that in fairytales, but I've never seen it for real. It is really pretty! When the...more